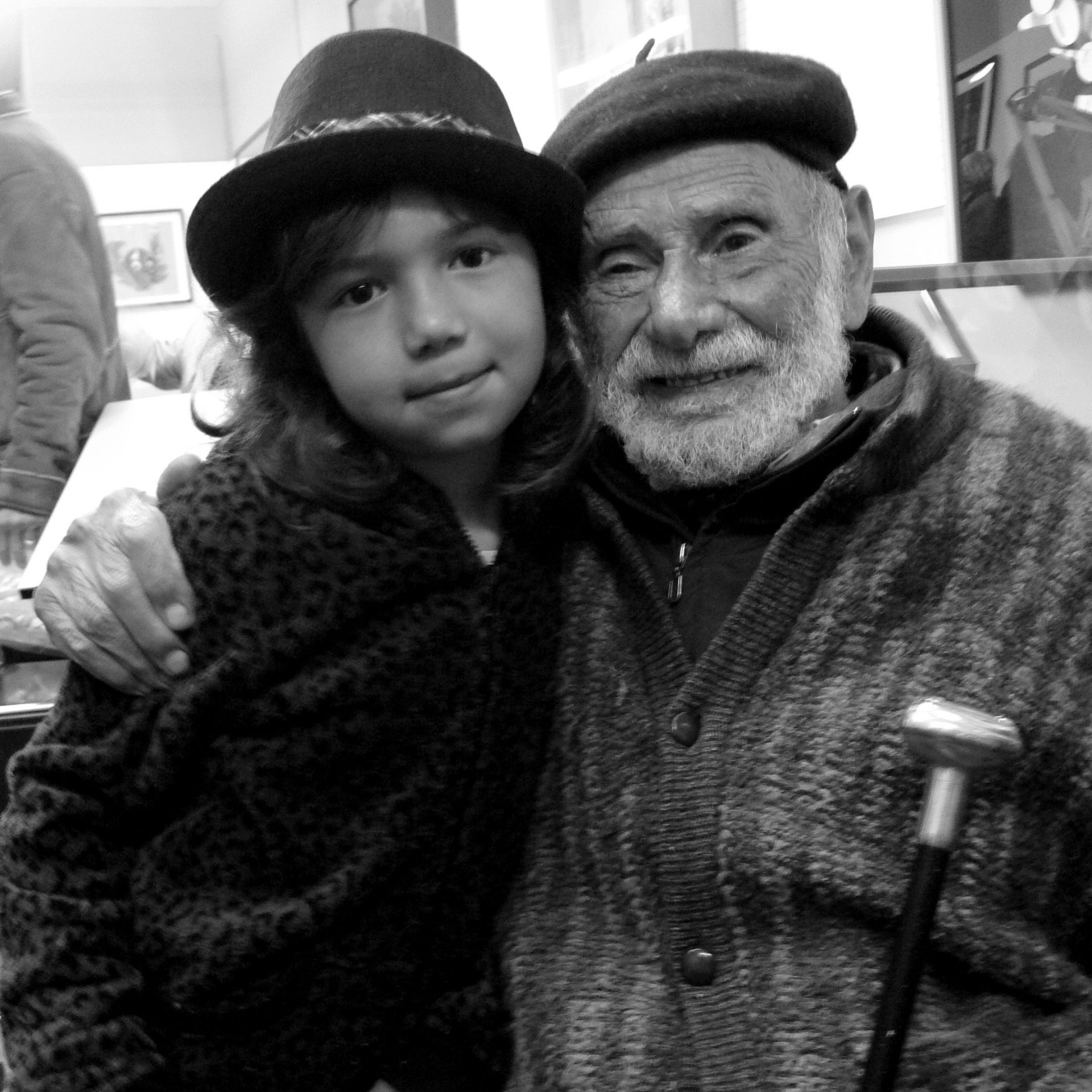 This is Dani with the sculptor, Mr. Milton Hebald.
Dani likes to doodle, paint, draw and write stories. we used to take dictation for her but now that she’s older (six), she can write her own words (with a bit of help).

a few months ago we went to our friend, Alan’s, art show in the valley and Dani picked up a 1X2″ ish flip doodle book from somewhere on a shelf and she started doodling away. She holds her pencil a bit different and because of this, Mr. Hebald, noticed her. He tried to correct her and show her how to hold her pencil “properly”. But Dani refused to let go of her pencil and she insisted (in her own cute and friendly way) he back-off! She kept drawing in her teeny little book while he continued to tell her: “you gotta hold it the right way…” , “what are you doing there… you’re holding it the wrong way.” Still, no matter what he’d say, Dani held her pencil tight and ignored his words.

Then, because he was getting nowhere with Dani, Mr Hebald told me “Teach her how to hold her pencil…(and some more bla bla bla)”. I found him very charming and cute and I just smiled (genuinely) and told him she holds her pencil how she feels comfortable…and i don’t care to interrupt what she’s doing…”

Hmmm…although i’m not sure he heard what i said; he just grunted. (i loved it).

He asked Dani: “…and are you going to tell me what you’re doing… huh, do you speak?… can you hear me? what’s your name?” Dani, finally, looked up at Mr. Hebald and said: “I’m drawing you. Stop moving.” 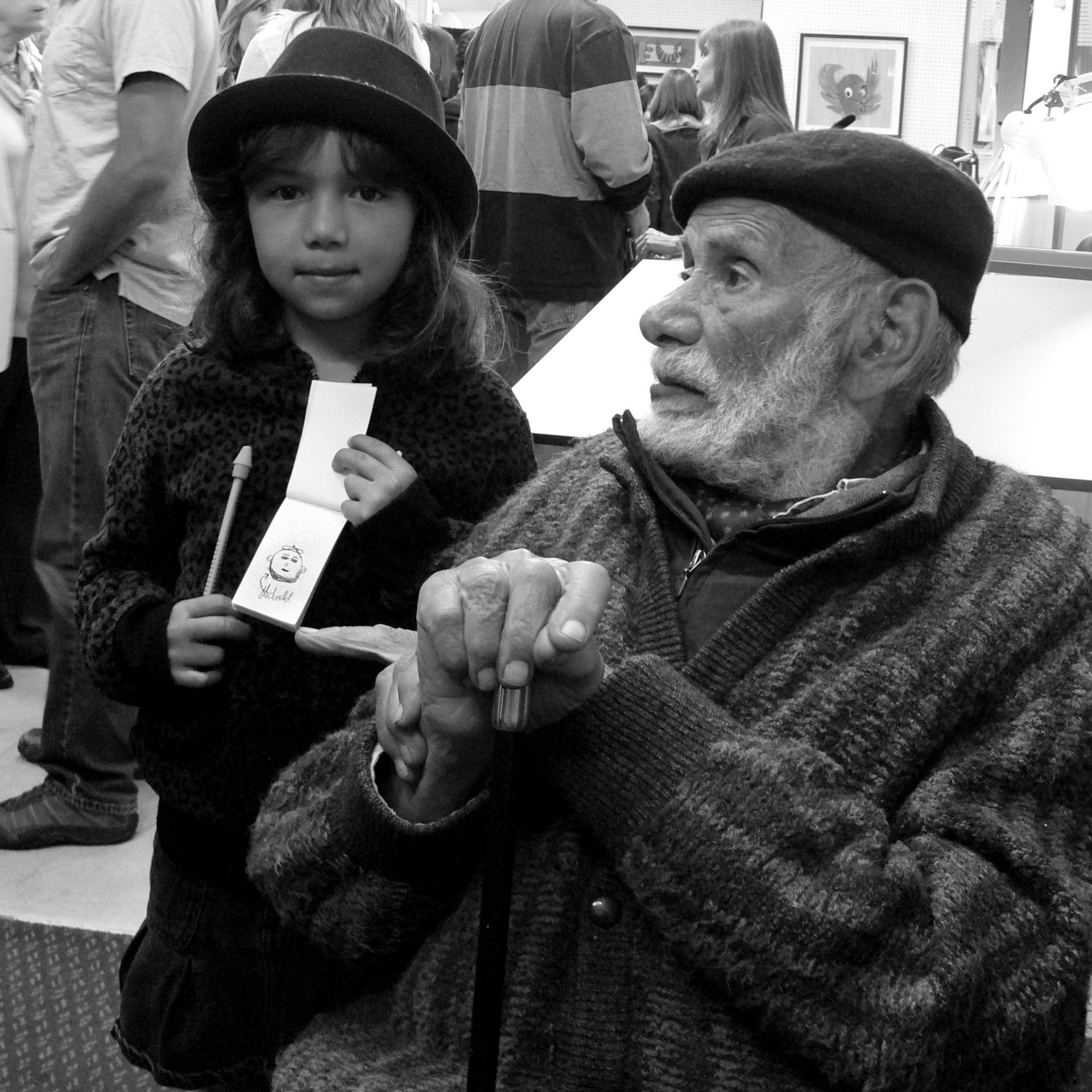 I think he tripped out because he sat quietly for a few seconds and looked at me to ask: “What? did she say? she’s drawing me?” So I told him, “yep. and you better not move; she’s serious.”

Dani showed Mr. Hebald the portrait and he was so touched. He told several people at the art show what she had done. “That’s me.”, he said. “that’s me! She drew me.” Sweetness!

He asked Dani if he could buy the portrait from her. She sold her first piece that night. Go Dani. i think it made her day and it made his day too! this is Dani’s “Portrait of Milton Hebald”. Ciao Milton! you can see some of his great work here and you can read more about Hebald